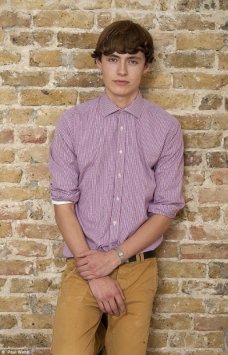 "Indeed, by Ben's early teens he had become a different boy, say his parents. 'The deformity became more noticeable as he grew, making him very self-conscious and meant he always covered up his chest,' says John, 43, a teacher who lives with Hadime, 37, and their children Ben, now 18, and Niamh, ten, in Westgate-on-Sea, Kent. 'But GPs told us nothing could be done.'

It also appeared to affect his physical health. 'He'd always been breathless but from the age of nine it became worse and he started coughing a lot as he started participating in more sports at school,' says John.