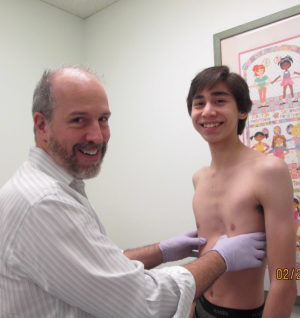 Dr. Notrica is a Fellow of the American College of Surgeons and a Fellow of the American Academy of Pediatrics. He is board certified in both Pediatric Surgery and General Surgery by the American Board of Surgery. Additionally, he is an Associate Professor at the University of Arizona College of Medicine - Phoenix, and Assistant Professor of Surgery at Mayo Clinic Medical School. He enjoys training general surgery residents from the Mayo Clinic, Phoenix Integrated Surgical Residency, and St Joseph's Hospital/Creighton Residency. He has served a a mentor for several University of Arizona College of Medicine medical students with interests in surgery as a career.

Dr. Notrica was Chairman of Surgery at Phoenix Children’s Hospital before becoming Chief of Staff in 2006. He has given presentations at the American Pediatric Surgical Association, Canadian Association of Pediatric Surgeons, and has been an invited discussant at the American Association for the Surgery of Trauma (AAST), and American College of Surgeons. Locally, he as has lectured at Surgical Grand Rounds at Mayo Clinic, Banner Good Samaritan, Maricopa Medical Center, as well as John C Lincoln Hospital. Dr. Notrica has also been identified multiple times as a Top Doc by Phoenix Magazine, Best Doctors, and is listed in the top 1% of pediatric surgeons by US News and World Reports and was named a Healthcare Hero by the Phoenix Business Journal in 2014.

Articles by This Contributor 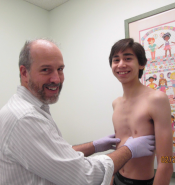 Pectus surgeon Dr. David Notrica from Phoenix Children's Hospital joins us for a 40 minute presentation on general pectus surgery.  He follows it up with a 20 minute Q&A session.

We are deeply appreciative of the time and expertise given by Dr. Notrica.